The Federal Writers’ Project and the American Guide Series 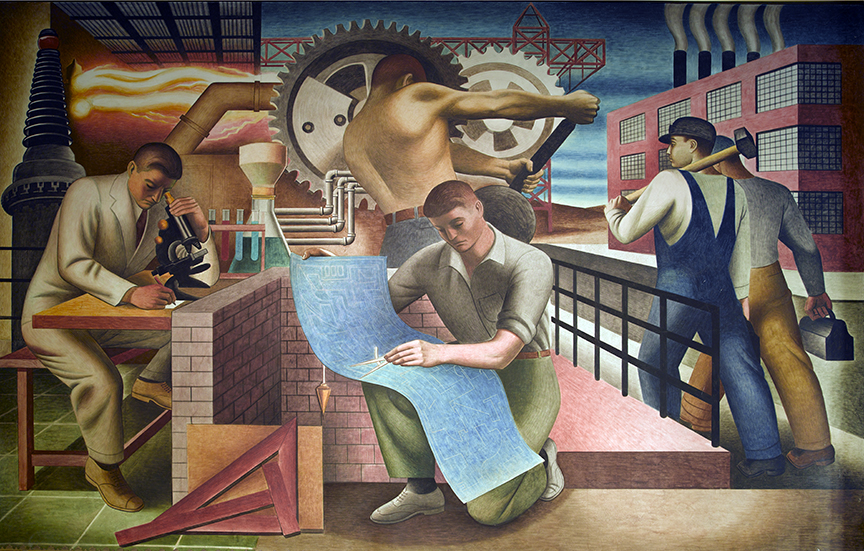 Once in office, President Roosevelt put his administration to work on a mission to raise the country out of the Depression. His close friend, advisor, and future Commerce Secretary Harry Hopkins played an important role in the unfolding New Deal. A firm advocate for jobs over charitable handouts, Hopkins directed the Works Progress Administration (WPA), later renamed the Works Projects Administration. The WPA embarked on a massive effort that put people to work improving infrastructure. Employing approximately 8.5 million Americans, the agency constructed roads, buildings, parks, and bridges across the country. While the program certainly benefitted unemployed blue collar workers, Hopkins realized that it overlooked the special skills and talents of white collar workers, especially the nation’s artists.

“Hell! They’ve got to eat just like other people.”

~Harry Hopkins, on the plight of unemployed artists

The immense efforts of the WPA, the Federal Writers’ Project, and the American Guide Series made a lasting mark on American history.

In 1938, Hopkins put the knowledge and experiences he gained as the director of the WPA to use as the eighth Secretary of Commerce. He served in this role until September of 1940, when his poor health became an increasing concern. He continued to be a trusted advisor to President Roosevelt throughout the remaining years of the president’s life.

Meanwhile, bolstered by wartime manufacturing, the United States economy made an impressive recovery in the 1940s. Consequently, the necessity of the WPA waned. In 1943, the government abolished the agency and its subordinate organizations, including the Federal Writers’ Project. However, the legacy of the WPA lives on in the form of new bridges, expansive parks, and countless works of art, to name just a few. Many of the writers employed by the Federal Writers’ Project rank among America’s most celebrated authors and poets, including Claude McKay, John Steinbeck, and Ralph Ellison.

The success of the American Guide Series resulted in multiple printings of various volumes, several of which can be found in the Commerce Library’s collection. Historians, collectors, and tourists continue to collect and value the series for its fascinating record of American culture. In recent years, the rediscovered series found new life in paperback editions. The American Guides Series has inspired generations of Americans to “be a tourist in your own city” and to explore the natural and cultural treasures each town, city, state, and region has to offer.

“These works present a panorama of America that is rich in contemporary and historical detail. To peruse them is to experience a deepening of understanding and love of country.”

To mobilize the white collar workforce, the WPA established Federal Project Number One (Federal #1). With a mission similar to its parent agency, Federal #1 strove to employ jobless Americans in an effort to make meaningful artistic and cultural contributions. To accomplish this goal, Federal #1 created the Federal Arts Project, the Federal Theatre Project, and the Federal Writers’ Project. Though it met considerable criticism from those opposed to government funding for the arts, Federal #1 succeeded in its goal of employment—and reinvigorated American art and culture in the process.

White collar professionals, including librarians, teachers, and lawyers joined poets, authors, and journalists in the Federal Writers’ Project. The Federal Writers’ Project employed about 4,500 to 5,200 people on average, but had over 6,000 people on its roster at the project’s peak. Under the direction of Henry Alsberg, these writers produced over 1,000 works exploring the culture and history of the American people. Among their most famous publications was the American Guide Series, an illuminating, multi-volume account of life in all parts of the country.

Originally planned as a collection of five regionalized volumes, the American Guide Series expanded to cover all forty-eight states (Alaska and Hawaii joined the union in 1959), as well as territories, cities, towns, and highways. These extensive manuscripts all followed a standard format outlined by the Federal Writers’ Project headquarters in Washington, D.C. Each volume opened with essays that introduced the reader to the state’s culture, from architecture to religion. The subsequent section offered glimpses into numerous cities and towns, highlighting their local attractions and lore. The state guides culminated in detailed tour suggestions that invited readers to embark on adventures through cities, small towns, and even hiking trails. In addition to promoting stops of historical and cultural interest, these tours provided information on accommodations, road quality, and local activities. Detailed descriptions, photographs, maps, and drawings interspersed throughout illustrated the unique buildings, landscapes, and people of each state. As a whole, the American Guide Series promoted tourism and told the story of the American people, offering a compelling snapshot of the country in the 1930s.

A few volumes became known for their quirks, particularly the original Washington, City and Capital guide. With over 1,100 descriptive pages, this volume weighed in at four pounds. The guide, while overflowing with useful information, proved cumbersome to tourists. The Federal Writers’ Project soon produced an abbreviated version that was more user-friendly.

“The appearance of this series able and even noble in conception, is an event in our national life which has not been sufficiently appreciated. I can recommend them as the best of reading.” 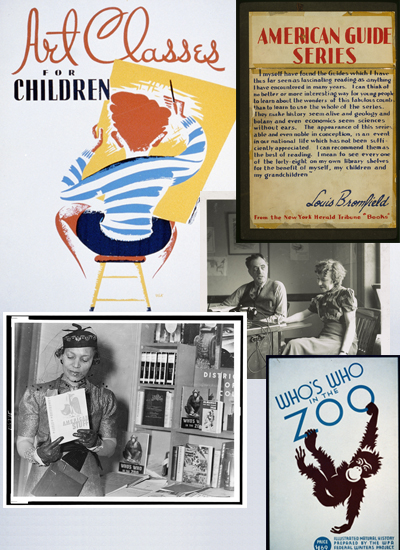 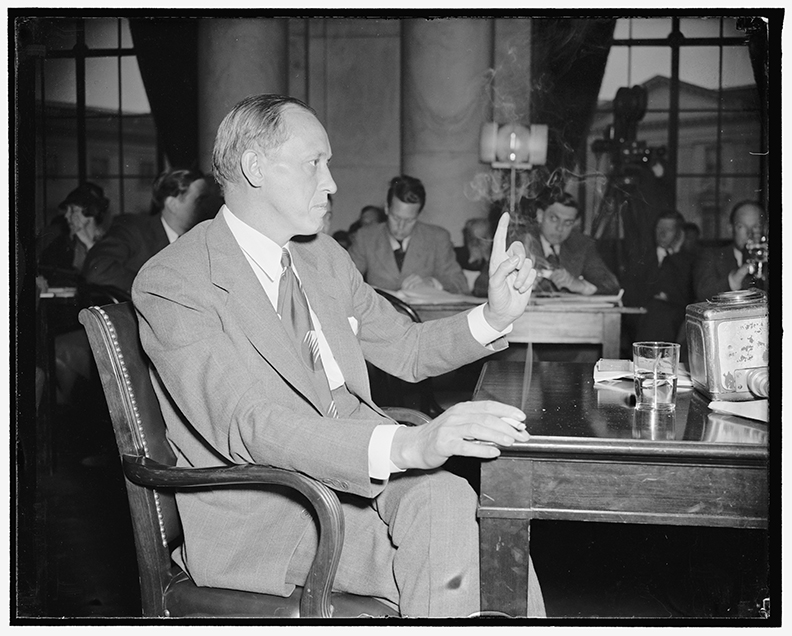 As the director of the Works Progress Administration, Harry Hopkins helped create jobs for millions of unemployed Americans, including those employed through the Federal Writers' Project. 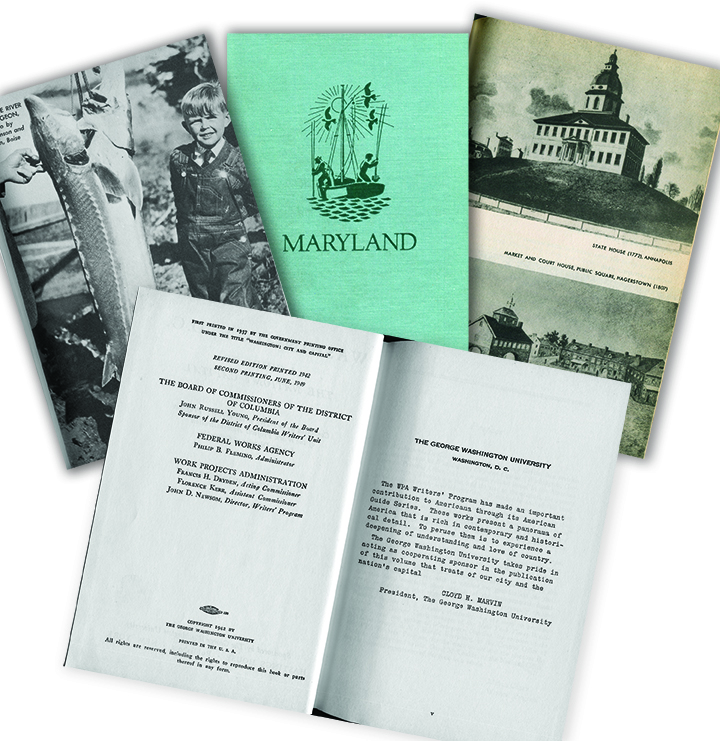 The American Guide Series expanded to cover all forty-eight states (Alaska and Hawaii joined the union in 1959), as well as territories, cities, towns, and highways. These extensive manuscripts all followed a standard format outlined by the Federal Writers’ Project headquarters in Washington, D.C. Each volume opened with essays that introduced the reader to the state’s culture, from architecture to religion. 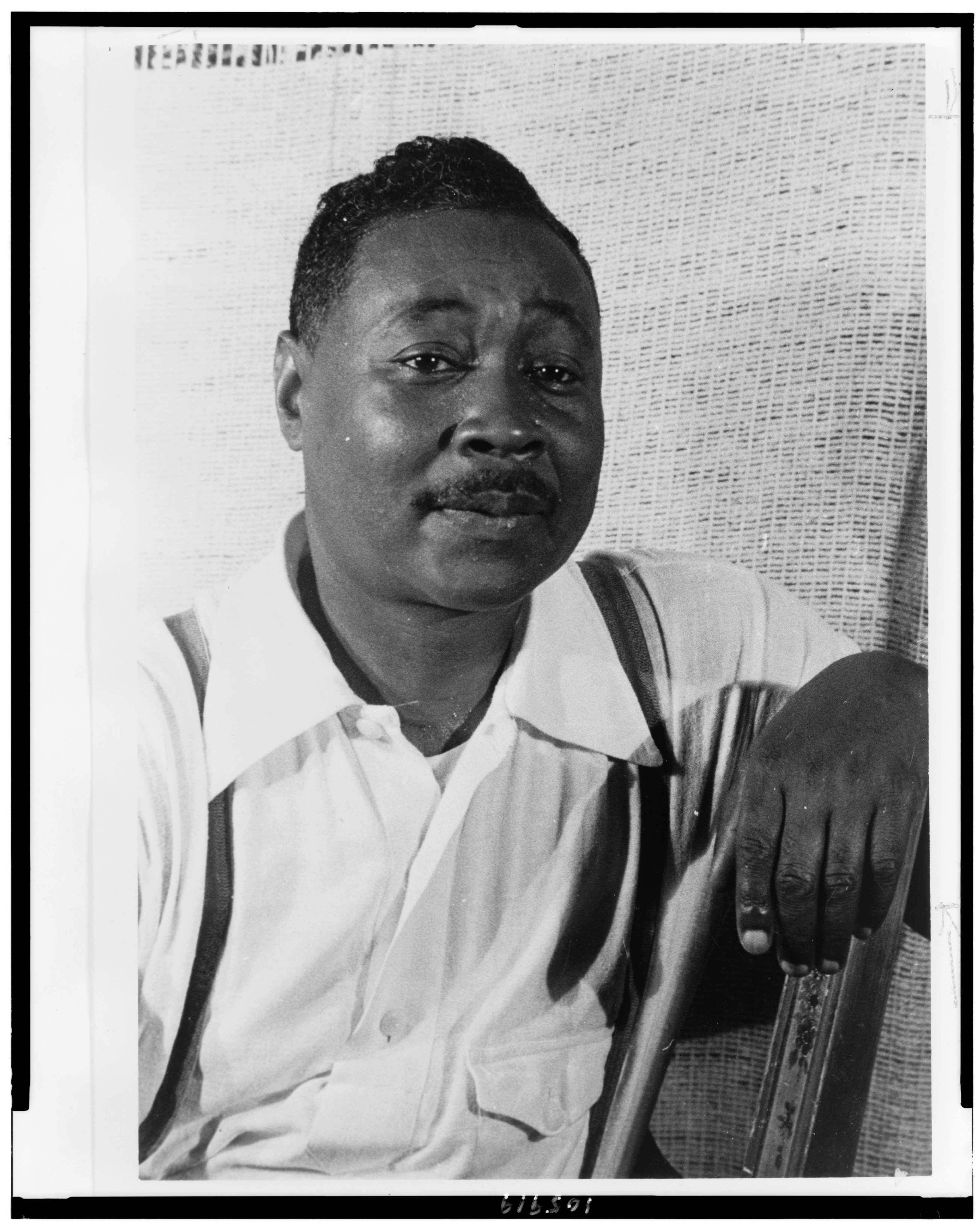